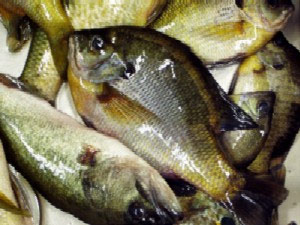 Eating fish polluted by manmade toxic chemicals and industrial effluents in sea and soil could increase your diabetes risk, a new study shows.

Until now, obesity was thought to be the most important factor in the development of type 2 diabetes – a disorder in which the body does not produce enough insulin – necessary for the body to be able to use sugar.

But new study by South Korean researchers has shown that people whose bodies are polluted by high levels of chemicals including the pesticide DDT and industrial coolants called PCBs are more likely to have diabetes than those with lower amounts in their bodies.

DDT is the first modern pesticide developed during World War II. It was used mainly to control mosquito-borne malaria. Although it was banned in the United States in 1972 due to its adverse effect on environment and health, it is still used to control mosquitoes and other disease-carrying insects in many developing nations.

PCBs (Polychlorinated biphenyls) are a class of manufactured chemicals that tend to last for many years. They do not break down easily on their own, and they are difficult to destroy.

Oily fish, such as salmon, is recommended by dieticians as being particularly beneficial for health. But they also tend to contain particularly high levels of PCBs. Despite being long-banned, DDT and PCBs persist in our soil and seas and enter our bodies through the food we eat.

However, those who were overweight but did not have the chemicals in their blood were no more likely to have been insulin resistant, the study found.