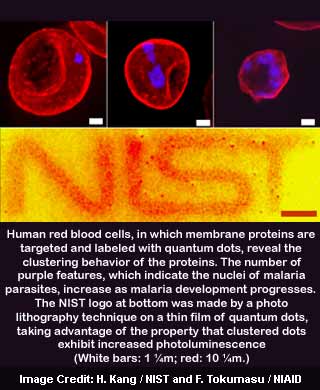 Experts are believed to have developed an innovative protein stabilization method. Apparently, this method could lead to an increase in proteins by 30 percent which may be accessible as possible targets in the development of the drug. This revolutionary study was believed to have been led by Professor Michael Overduin from the University of Birmingham.

In order to develop novel drugs, it is very important to first understand the structure of proteins. But till today, it has been observed that drug development appears to have been decelerated because of the proteins instability nature, which makes it difficult to work inside the lab. Nevertheless, scientists seem to have discovered a method to conserve membrane proteins intact by making possible detailed investigation of their structure and molecular functions. This discovery was believed to have been possible with the help of nanoparticles.

Professor Overduin has elucidated that, “We have shown how a polymer can wrap around and preserve membrane proteins intact in stable nanoparticles. Membrane proteins are the most valuable but technically challenging targets for drug discovery. Finding a gentle solution that preserves their structure and activity, yet is robust enough for experimental interrogation, has eluded scientists for decades, but is now available.”

The experts seem to have solubilised a couple of membrane proteins by means of a polymer. This polymer was said to hold appropriate phospholipids namely styrene maleic acid lipid particles (SMALPs). They were believed to have found that these proteins not only preserved their folded structure, binding and enzyme activities in the SMALPs but also by means of the nanoparticles, they seem to make its uses simple and quick for almost all lab study.

Dr Tim Dafforn who in collaboration ran the study stated that, “In the past, studies have concentrated largely on soluble proteins as membrane proteins are so difficult to make. However, the discovery of the SMALPs removes this barrier and open up access to membrane proteins – this has exciting clinical implications as it may enable drug discovery on receptors that are currently too difficult to produce or to study by current methods.”

Apparently, SMALPs seem to have solubilised the proteins like detergents in a superior manner compared to the customary ways. The superiority or benefits of SMALPs was believed to comprise of better spectral quality, stability and activity of the protein membranes.

Chief Executive Professor Doug Kell, Biotechnology and Biological Sciences Research Council appears to have commented on these findings and has stated that while developing novel drugs, the attrition rate may perhaps be rare. It is believed that only a small portion may aid in benefiting the patients. This study may aid in understanding the chemical biology of protein’s membrane and thereby may amplify the number of probable targets. Also it could assist scientists in developing new and better drugs for patients. Apparently, fundamental bioscience that seems to work in coordination with medical research is believed to be essential in order to deliver new and effective drugs.

The study findings have been published online in the Journal of the American Chemical Society.