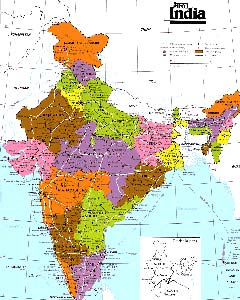 The figures marked an increase of over 25 per cent compared to the previous year and is expected to further increase by as much as 50 per cent in the next 12 months, according to a survey by Treatment Abroad, a website on medical tourism.
India is the most popular destination for outbound British patients, with around 23 per cent heading to the country, particularly to Kerala. Other popular destinations include Costa Rica, Hungary, Turkey, Holland, Sweden, Norway and Brazil.

Keith Pollard, director of Treatment Abroad, said: “We are getting reports that worries about hospital infections such as MRSA (methicillin resistant staphylococcus aureaus) are driving people abroad.”

“Hospital infections are the number one concern from callers to our helpline. It comes as no surprise that some people are going abroad because they’re frightened of infection rates in this country,” said Katherin Murphy, of the Patients Association .

Other reasons for people seeking treatment outside the UK include the rise in cost of hospital and healthcare treatment and the chance to combine foreign treatment with a holiday.

“Medical tourism is becoming more common with patients combining surgery with a holiday,” a source said