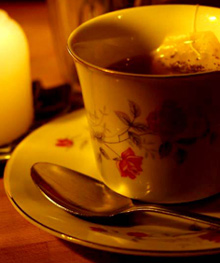 In the latest study, Rutgers University researchers announced that drinking team could cause chromosome damage and fetal leukemia.

Diet derived compounds are generally regarded as safe, based on their long history of use in the diet or as traditional medicines.

But the phytochemicals, which are compounds in plant-derived foods and found in tea extracts, could have biological activity in the body. It could cause dangerous side effects, said Joshua Lambert, the lead author of the study and a chemist at the university.

His findings reveal that a well-meaning self-remedying public is in danger of overdosing on the compounds, particularly through concentrates and supplements that tout their healing or weight-loss powers, or their lack of caffeine.

One commercial brand of green tea extract, for example, claims to contain more than 700 milligrams of polyphenols, or plant-based antioxidants. A typical cup of green tea provides about 80 milligrams.

Lambert, whose research was funded by the National Institutes of Health, has found an increasing number of human cases of hepatotoxicity, or chemical-induced liver damage, reported in people using tea-based dietary supplements. Research on rats and dogs also found a potential for kidney and intestinal damage.

Though Lambert says further research is needed, some of his findings also suggest that heavy amounts of the compounds could damage human chromosomes, pose harm to pregnant women and increase the risk of leukaemia among unborn babies.

New weight loss techniques could be used as alternatives to liposuction