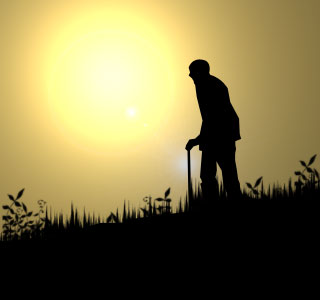 With summer season just around the block, people may be adopting various means to avoid excessive exposure to the harmful sun rays. Although it is true that excessive unprotected sun exposure could be harmful to an individual; sunlight is also a very essential source of vitamin D. This healthy and natural way of acquiring vitamin D seems to benefit the elderly in various other ways as well.

A latest research has stated that adequate amount of sunshine may seemingly reduce their risk of developing cardiovascular diseases and diabetes. This captivating research was jointly conducted by the experts from the University of Warwick and the Shanghai Institute of Biological Sciences in China.

These researchers have pointed out the seriousness of vitamin D deficiency and metabolic syndrome taking place globally. They have also stated that older people may have a higher chance of having vitamin D deficiency therefore additional sun exposure could possibly prove to be beneficial for them. Vitamin D deficiency is believed to take place in the elderly due to their natural aging process, lifestyle changes and various other factors.

The cause for the lack of vitamin D in the elderly was explained by lead researcher Dr. Oscar Franco at the Warwick Medical School. He says that, “As we get older our skin is less efficient at forming vitamin D and our diet may also become less varied, with a lower natural vitamin D content. Most importantly, however, the dermal production of vitamin D following a standard exposure to UVB light decreases with age because of atrophic skin changes. When we are older we may need to spend more time outdoors to stimulate the same levels of vitamin D we had when we were younger.”

The researchers have concluded by saying that more analysis on the topic is needed in order to efficiently gauge the reason for this deficiency in the elderly. They even need to determine how this deficiency may lead to metabolic syndrome and other metabolic diseases.

This research was reported in the Diabetes Care journal.