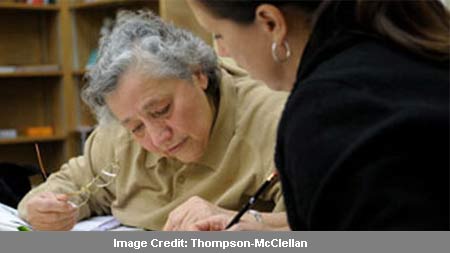 In case of elderly individuals, certain personality attributes are considered to be permanent. However, a study aimed at boosting cognitive skills of senior citizens also appeared to transform their personality to an extent, report scientists from the University of Illinois.

Openness is regarded as a distinct personality trait in individuals as other qualities like extraversion, conscientiousness, agreeableness and neuroticism are apparently unrelated to a person’s cognitive abilities. But, openness characterized by versatility and acceptance of new ideas or challenging scenarios may be linked to cognition.

As part of the study, older individuals were instructed to perform a series of pattern-identification and problem solving puzzles and tasks at home. These subjects aged between 60 to 94 years went ahead at their own speed and were given tougher puzzles as the weeks progressed.

“We wanted participants to feel challenged but not overwhelmed. While we didn’t explicitly test this, we suspect that the training program – adapted in difficulty in sync with skill development – was important in leading to increased openness. Growing confidence in their reasoning abilities possibly enabled greater enjoyment of intellectually challenging and creative endeavors,” commented University of Illinois educational psychology and Beckman Institute professor Elizabeth Stine-Morrow, who led the analysis.

Further, a group of 183 persons were categorized into 2 groups, one of which was exposed to cognitive interventions and the other was controlled. As per the results, those who were involved in practice sessions seemingly manifested better problem-solving and pattern recognition skills, unlike those in the control set. Moreover, the former group also seemed to present more openness in its approach.

The scientists concluded that personality traits usually do not change after reaching 20 to 30 years of age. But, these findings have shown how senior citizens aged 75 on an average can also alter their personality. The study is published in the journal, Psychology and Aging.

Lithocholic acid may be involved in longevity