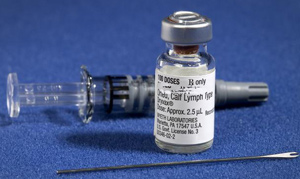 Scientists in the US have announced the development of a vaccine that could possibly prevent one of the world’s most deadly diseases- tuberculosis.

Researchers at the Colorado State University said that their newly developed vaccine triggers the body’s immunity in a novel way in the sense that it activates specific immune system functions that enhance the response to the bacterium that causes tuberculosis.

However the Tuberculosis vaccine is still in preliminary stages. But the scientists did mention that the vaccine would be effective against all strains of TB, including multi-drug and extensively drug resistant tuberculosis.

In addition, preliminary evidence shows the vaccine has promise of working after exposure to tuberculosis. No other TB vaccine in current development has ever achieved this.

According to Professor Ian Orme, head of the research team that developed the vaccine, “This novel vaccine system provides the template to design a series of new tuberculosis vaccines that could be very inexpensive to make.”

“The next stage is to test the vaccine for long-lasting immunity and its ability to boost existing vaccine,” he added.

Human trials for this new TB vaccine are expected within two to three years.