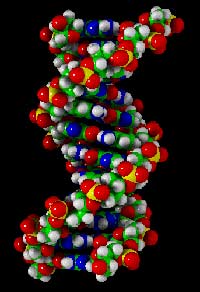 Scientists say that they have discovered a gene sequence which appears to play a central role in giving humans their unique brain capacity. The area called HAR1, has undergone accelerated evolutionary changes in humans and is active during a critical stage in brain development.

The researchers compared genes from humans, chimps and other animals, just to try and see which genes actually set man apart. But the researchers have said that they have yet to determine the precise function of the gene.

But they say the evidence suggests it may play a pivotal role in the development of the cerebral cortex- and may help explain the dramatic expansion of this part of the brain during human evolution.

They used a sophisticated computer analysis technique to compare genes from various species and pinpoint those which have undergone accelerated evolutionary changes in humans. This highlighted the HAT1 region of the human genome.

The researchers examined this area more closely in the lab to pin down its structure, the tissues in which it is active, and to try to better understand its function. They found HAR1 was part of two overlapping genes, of which one – HAR1F – was active in special nerve cells called Cajal-Retzius neurons. These cells appear early in embryonic development and play a critical role in the formation of the layered structure of the human cerebral cortex.

Cajal-Retzius neurons release a protein called reelin that guides the growth of neurons and the formation of connections among them. HAR1F was found to be active at the same time as the reelin gene.

Lead researcher Dr David Haussler said: “We don’t know what it does and we don’t know if it interacts with reelin. “But the evidence is very suggestive that this gene is important in the development of the cerebral cortex and that’s exciting because the human cortex is three times as large as it was in our predecessors. “Something caused our brains to evolve to be much larger and have more functions than the brains of other mammals.”