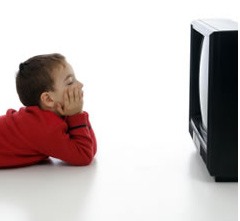 A long-term study has shown that children who watch television for more than two hours a day may develop attention problems later in life.

The more television they watch the more problems they could face, the study of more than 1,000 children born in Dunedin, New Zealand between April 1972 and March 1973 found.

The studied children aged five to 11 watched an average of 2.05 hours of weekday television. From age 13 to 15, the time spent in front of the television rose to an average of 3.1 hours a day.

Young children who watched a lot of television were more likely to continue the habit as they got older but even if they did not the damage was done.

“This suggests that the effects of childhood viewing on attention may be long lasting,” study author Erik Landhuis, from New Zealand’s University of Otago, wrote in his report.

It is also possible that such viewing may supplant other activities that promote concentration, such as reading, games, sports and play, Landhuis said.