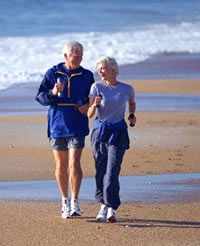 Researchers have found that knocking out a single cardiac gene in mice increased its lifespan.

During the study, the mutant mouse lacked a single protein, type 5 adenylyl cyclase (AC5), that makes it less prone to the effects of hormone adrenaline, and more resistant to some forms of stress.

The study was conducted by a team of researchers including Stephen Vatner and Junichi Sadoshima colleagues at the New Jersey Medical School at the University of Medicine and Dentistry of New Jersey in Newark.

Earlier researches have shown that mutant mice lacking AC5 were more resistant to heart failure caused by pressure within the heart. Adrenaline signalling blocking drugs, beta-blockers, are known to help patients who have suffered heart attacks or suffer from an irregular heartbeat.

As part of this study, researchers actually were examining whether removing AC5 leads to a healthier heart but discovered in the process that mutant mice lived longer than their normal counterparts.

The study noted that AC5 could boost the lifespan by reducing the stress caused when chemically reactive forms of oxygen accumulate. The increasing damage from these molecules is thought to play part in ageing.

Researchers also conducted experiments on yeast, by increasing the level of a protein called ERK2, which regulates oxidative-stress responses and was produced by AC5 mutant mice more.

The study found that the yeast with increased ERK2 levels lived longer.

The researchers also suggested metabolic changes in mutant mice for although young mutants weigh the same as normal mice, elderly mutants weighed less even when they ate more.

Researchers also noted that the mutant mice might have some anti-cancer properties.

‘The majority of normal mice die from some sort of tumor. It is possible that the mutants are longer lived because they are able to stave off tumor formation,’ said Vatner.