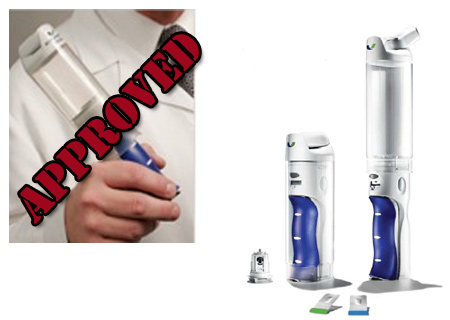 A while ago, we had reported about the development of alternatives to painful Insulin injections such as pills and insulin delivery pumps for diabetics. Now, in the latest development the world?s only inhaled-insulin diabetes treatment called EXUBERA, has been approved by the Drug Controller General of India.

EXUBERA has been manufactured by Pfizer. It is an inhaling device whose fast-acting formulation of insulin has to be inhaled through the mouth before meals with a hand-held device.

Pfizer?s EXUBERA insulin pump has been approved for use by people who suffer from insulin-dependent type-1 and type-2 diabetes.

However, this does not mean that everyone on insulin injections can switch to this painless alternative.

According to Dr.Anoop Misra, director, Department of Diabetes and Metabolism, Fortis Group of Hospitals, ?Exubera only replaces short-acting insulin and has to be used in addition to long-acting injections.?

Pfizer?s Exubera insulin pump is expected to cost around Rs.6,000 for a months supply of the drug. A standard injectable insulin therapy would cost anything form Rs.800 to Rs.1200.