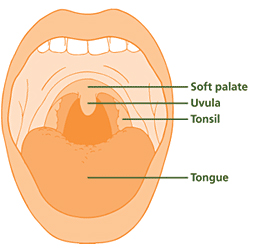 A new study has revealed that children with sleep-disordered breathing seem to sleep better and have improved behavior after the removal of their tonsils and adenoids.

Sleep-disordered breathing in children has been associated with attention deficit and hyperactivity disorder (ADHD), hyperactive behavior, academic problems, bedwetting, learning disabilities, sleepiness during the day, headaches and other complaints.

Julie L. Wei, M.D. of the University of Kansas School of Medicine, Kansas City together with her colleagues studied around 117 children whose average age was 6.5 and who were also diagnosed with sleep-disordered breathing and had undergone adenotonsillectomy (removal of the tonsils and adenoids, tissue at the back of the throat).

Parents had also completed surveys about their children’s sleep and behavior before and six months after surgery.

Among the 71 children who completed the six-month follow-up, scores for sleep problems and behavioural difficulties were significantly lower after six months than before surgery. This included reductions in cognitive (thinking, learning and memory) problems, hyperactivity, oppositional behaviour and ADHD symptoms.

The researchers also found correlations between sleep and behaviour scores before and after surgery.

“Not only did both behaviour and sleep improve independently before and after adenotonsillectomy for sleep-disordered breathing in our group of patients, but they also improved in correlation with each other,” the authors note.