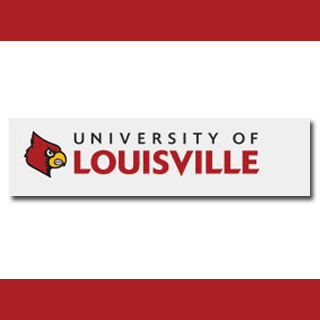 Technology has immensely helped humans in every field including health. With the introduction of various implanted devices lives of hundreds may be saved. Researchers have now announced a novel technology that elevates the life of such devices. Researchers from the University of Louisville/ Jewish Hospital’s Cardiovascular Innovation Institute (CII) have supposedly set forth a novel system of blood vessels that is devised to interact with the tissue surrounding an implanted device for preserving the longevity and function of these devices.

The investigation was undertaken for avoiding the formation of scar tissue around an implanted device by ‘pre-vascularizing’. Claimed as a microvascular construct (MVC), it may be just prior to implantation. MVC possibly contains small blood vessel fragments that are suspended in a collagen gel. Since MVC is already loaded with blood vessels, when combined to the device it seemingly creates an environment that can withstand the formation of scar tissue on implantation of the device.

Stuart Williams, PhD, scientific director of the CII and a senior investigator on the study said, “One of the biggest problems with any kind of implanted device, such as pacemaker, a chemotherapy port or the glucose sensors necessary to monitor blood sugar levels in diabetic patients, is the body’s natural reaction to recognize it as foreign and form a scar around it. Scars have very little blood flow and because this connection between the body and the device is compromised, the function of the device over time can decline, threatening health and leading to additional interventions to replace it.”

During the research, tissue surrounding a bare expanded polytetrafluoroethylene material was included. The implanted biomaterial apparently had various devices embedded in collagen. This tissue was compared to the tissue encircling the material embedded in collagen and the MVC. It was concluded that tissue with the material and the MVC, promoted and maintained circulation in the area around the implant. In order to test the exact outcome of such tissues, animal models were employed by the researchers.

James Hoying, PhD, director of cardiovascular therapeutics at the CII and a senior investigator on this study commented, “This study built on our earlier work that showed that this material, what we call an MVC, stimulates circulation and prevents scarring when implanted in the body, in animal models. We wanted to next see if we could maintain that circulation in order to prevent scarring over the long term and thus prolong the function of any number of implanted devices.”

Collagen is known as a naturally occurring protein present in the flesh and connective tissue of animals as well as humans. This protein possibly mediates the inflammatory reaction, which is often reported when an implanted device interacts with surrounding tissue. Such factors may be extremely crucial for sustaining circulation and suppressing scar formation.

Williams quoted, “We found that the presence of the MVCs and collagen altered the way tissue formed around the implants, restricting the formation of scar tissue because there was so much blood vessel activity. The presence of the MVCs and collagen also reduced the number of white blood cells that stimulate inflammation, where the device was implanted. The vessels associated with the implant were seen to be capable of sustainable blood delivery over time.”

The investigators are aiming to develop an operating room-compatible device that could bring this technology to patients. The investigation seems to have great significance to patients with many implantable devices. It can benefit patients subjected to dialysis as well as patients with devices that help failing hearts to function and those receiving chemotherapy, catheters and multiple other indications.

The research was published early online on August 23, 2010 in the Journal of Biomedical Materials Research.