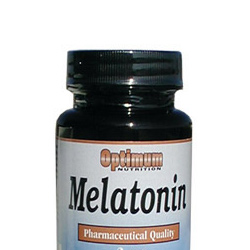 According to a new study, a hormone that is used to overcome jetlag and help you sleep may actually be harming you.

The study was led by researchers at the University of Houston. The study says that melatonin, a naturally occurring hormone in the human body, may be responsible for poor learning and memory formation during the night.

Melatonin is believed to regulate patterns of sleeping and awakening in humans. It’s an antioxidant whose natural levels are high during the night and low during the day.

The study, led by Gregg W. Roman, contends that melatonin could actually be hurting people at night. The researchers found in a study with zebrafish that it directly inhibits memory formation.

“This work is about the mechanism by which the biological clock controls the formation of new memories,” Roman said.
Looking at the circadian (day-night cycle) control of learning and memory formation, the researchers found zebrafish — which have the same activity rhythms as people — are capable of learning well during their active phase during the day, but learn very poorly at night during their sleep.

The two-year-long study also found a solution to the problem. Removing the melatonin-producing gland allowed the researchers to alleviate the hormone’s negative side effects.

With these findings, Roman hopes to be able to retain the beneficial effects of melatonin’s antioxidant properties.

That will produce a ‘best of both worlds’ scenario — taking advantage of melatonin’s antioxidant benefits while improving night-time memory formation that is now inhibited by it.