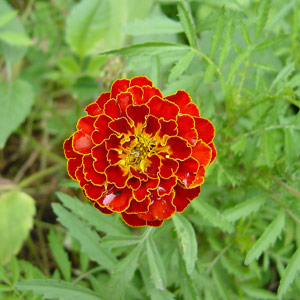 While scientists try to find out the secret of longevity and elixirs of life, an aged ascetic man seems to have already found it. Sant Swami Ramanand, a man who claims to be 130-years old has been admitted in the All India Institute of Medical Sciences (AIIMS) for surgery. Doctors here are puzzled, but are definitely taking it with a pinch of salt.

Swami Ramandand was admitted into AIIMS, New Delhi in India for a surgery to remove a bladder tumor. He is currently resting here.

According to Dr. D N Gupta, Head of the Department of Urology, AIIMS, who is treating the ascetic, “It is for sure that he is above 100 years old. But, whether he is 130 years old or not, I am not sure about it.”

“He was suffering from carcinoma of bladder. He has undergone a cysrtopanedoscopy and removal of bladder tumor without any incision,” Dr Gupta said.

Swami Ramanand has successfully been operated upon. He is to be discharged sometime in the week to come. However, the hospital has yet to check whether the cancer has spread elsewhere in the body.

When asked about the authenticity of the Swami’s claims, Dr. Gupta said, “There is no arrangement in medical science which can correctly suggest a person’s age after he or she has crossed the age of 60 or 70. If we believe him, it is all because he talks about Gandhi and lots about the history of India.”

Interestingly, the Guinness Book of World Records has showcased the world’s oldest person in the world to be a 122-year old French woman!