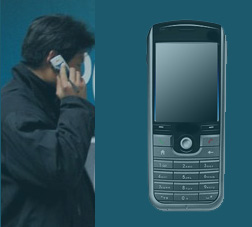 It recent times, studies showed that mobile phone usage raises the risk of brain cancer and impotency. Now, it seems that mouth cancer can be added to this list.

A team of international researchers have carried out a study and have found that using cell phones frequently increases the chance of developing malignant mouth tumors.

The researchers actually came to the conclusion after they analyzed the effects of mobile phone use on a group of people in Israel.

The team compared the lifestyles of 402 people with benign mouth tumors and 56 having malignant ones with a control group of 1,266 people. Those who used mobiles the most were more likely than normal to develop parotid gland tumors.

Those who used mobiles the most were more likely than normal to develop parotid gland tumors. In fact, five years of frequent use increased the chances of developing a tumor by around 50 per cent compared with people who had never used one, the researchers found.

Long term users of mobiles tended to develop tumors on the same side of the head as the phone was normally held.

People who used mobile phones in rural areas, where the phone has to work harder to make contact with the nearest base station, were found to be at greater risk.

Lead researcher Dr. Siegal Sadetzki, from the Chaim Sheba Medical Centre in Tel Hashomer, Israel, was, however, cautious about coming to any conclusions.

“Until more evidence becomes available we believe that the precautionary approach currently adopted by most scientific committees and applied by many governments should continue,” he said.