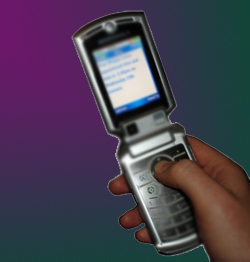 A student in New Zealand Fleur de Vere Beavis, who is currently all of 20 years has been diagnosed with the country’s first known and reported case of texting tenosynovitis, simply known as text-messenger’s thumb.

Fleur de Vere Beavis has been known to send up to 100 text messages a day on her mobile phone.

It is known that constant text messaging has inflamed the tendons along the thumb and side of the wrist and fills the surrounding tissue with fluid.

Up till now just two other cases of this particular ailment have been reported- in a school going child in Singapore and a 13-year old girl in Australia.

The authors of the journal report on this ailment, Emma Storr and Mark Stringer said that tenosynovitis was likely to be more common than thought, given the popularity of text messaging.