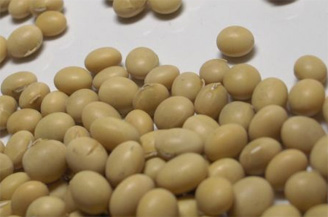 Some time ago, we reported that exercise can be very effective for menopausal women to reduce symptoms of the same. Now, according to a new study, the soybean could just be useful in helping menopausal women reduce hot flushes without any side-effects.

The study was conducted by researchers at Harvard Medical School. For the study, they isolated a compound in soybean that reduces the frequency and severity of hot flushed in menopausal women by as much as 52%.

Around 75% of all menopausal women are affected by hot flushes which are marked by the sudden, intense feeling of heat which is caused by a decline in estrogen levels.

A well known treatment used till today is hormonal therapy, which on one hand is very effective, but on the down side it is also known that long term use could increase the risks of certain medical disorders like coronary heart disease and stroke.

George Blackburn, who led the study said, “What we are trying to find is a sage and effective alternative to hormone therapy.”

Thus, they conducted the study to find out why exactly hot flushes are common in countries where a lot of soybeans are consumed.

The researchers decided to test a compound found abundantly in soy germ known as a daidzein-rich isoflavone-aglycone supplement(DRI). Isoflavones are phytoestrogens that exert both estrogenic and anti-estrogenic properties.

The study found that the chemical structure of this compound was very similar to human estrogen. This allows it to act as a regulatory mechanism if the body’s natural levels decreased.

The study also found that the degree of improvement in women taking the DRI supplement was similar to that of alternative therapies such as a serotonic inhanbitor sans any side effects.