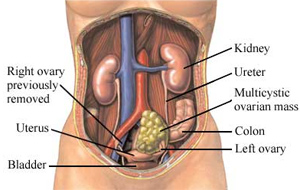 A new study has found that drinking alcohol doesn’t seem to boost a woman’s risk of ovarian cancer, while caffeine may help protect against the disease.

“The results do need to be confirmed in other studies,” Tworoger said. The lack of risk for alcohol and smoking has been found in other research, she added.

For the study, Tworoger and her colleagues looked at data from questionnaires in the Nurses’ Health Study, which includes 121,701 U.S. female registered nurses. The study began in 1976, with women then aged 30 to 35 completing questionnaires, then replying every two years to update the data.

No association was apparent for drinking alcohol and ovarian cancer, or for smoking, with one exception. “It [smoking] does appear to increase the incidence of a rare type, mucinous ovarian tumors,” she said, a subtype of epithelial ovarian cancer.

The association for caffeine was strongest if the women had never used either birth control pills or hormones after menopause, Tworoger said. Why caffeine may be protective isn’t certain, she said, but its consumption may lower estrogen levels, at least in postmenopausal women.

For now, she advised: “Always talk to your doctor before you make any huge lifestyle changes.” And keep the risks in perspective, she added. “Because ovarian cancer is relatively rare, women should talk to their doctor first about the risk of getting ovarian cancer.”

Black agreed, adding: “Know the symptoms of ovarian cancer. Know your family history and your risk and talk with your health-care provider.” Get advice about what to do, she said, especially if you have a higher-than-average risk.