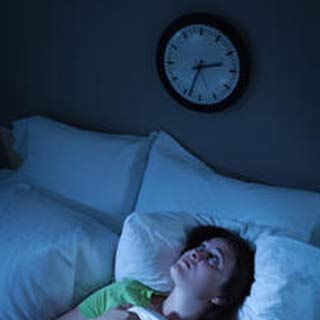 Psychiatric problems tend to affect the minds of patients, which is why we see many irregularities in their diet patterns and other habits. Patients suffering from psychological issues like schizophrenia could also encounter disrupted sleep patterns as their body clocks are not synchronized, claim scientists from the University of Oxford.

The study which incorporated almost 20 patients showed that most of them experienced severe sleep related problems in spite of consistent moods and optimum medication.

“The people in our study were stable in mood, taking medication and yet they still experienced enormous sleep problems,” cited first author Dr Katharina Wulff of the Nuffield Department of Clinical Neurosciences at the University of Oxford.

Also, around 10 of the patients appeared to have distorted body clocks either by being longer or shorter than the 24-hour cycle. They seemed to be getting sleep between 4 in the morning and noon. Notably, free running sleep patterns appeared to be more common among the patients that were apparently not in sync with the 24 hour cycle.

Moreover, participants also reported spending longer durations in bed and taking a lot of time to fall asleep. Their sleeping phases seemed to be variable unlike the control subjects. However, the scientists asserted that the link between schizophrenia and disrupted sleep patterns could not be considered causal.

Therefore, the team suggested that the intensity and nature of sleep patterns ought to be taken into account in the treatment course for patients suffering from schizophrenia. The trial is published in the British Journal of Psychiatry.