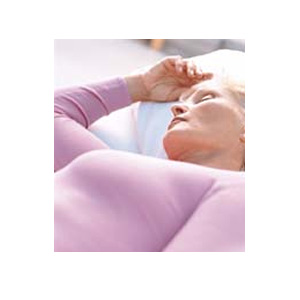 Mammograms, blood-sugar tests and daytime dozing have something in common. New studies suggest that they all may offer clues that someone is headed for a stroke.

Higher stroke risk was seen in women with artery buildups accidentally revealed by mammograms, in non-diabetics starting to have insulin problems, and in older people who tend to nod off a lot.

People should not panic if they have one of these signs. Likewise, a test that rules out breast cancer may give a valuable clue to heart disease and stroke risks – if radiologists report the findings to women and their doctors for follow-up.

“You’re getting information in two important areas,” but people often focus on just the cancer risk, said Dr. Philip Gorelick, neurology chief at the University of Illinois in Chicago. He is chairman of the International Stroke Conference, a medical meeting in New Orleans where the studies were presented.

Daytime drowsiness may be due to night-time sleep apnea, a common condition where people briefly stop breathing, causing spikes in blood pressure as they startle awake. Snoring can be a sign, but doesn’t always mean trouble _ except for others trying to sleep.

“It’s not healthy because you’re not staying in your normal sleep pattern. You’re waking up many times in the night and in the daytime are tired,” Gorelick explained.

Columbia University researchers led by Bernadette Boden-Albala found that a simple scoring system to evaluate daytime dozing strongly predicted stroke risk. They asked 2,100 people, average age 73, how often they nodded off during specific situations during the day _ watching TV, reading, sitting and talking to someone, sitting in traffic, or sitting quietly after lunch.

In the next two years, 40 had strokes and 127 had other blood vessel-related problems such as heart attacks or blood clots in the lungs.

Unintentional dozing is different from purposely taking a nap, although “we need to look at that” to see if regular siestas also are a sign of poor nighttime sleep, Boden-Albala said.

Frequent dozers should talk with their doctors about being evaluated for a sleep disorder. Possible solutions include a device that helps maintain continuous air pressure, losing weight if they are overweight, and even surgery if the airway is obstructed.

The mammography study was led by medical student Amy Loden and Dr. Paul Dale of the University of Missouri Medical School in Columbia. They studied calcium deposits in the walls of arteries that supply the breasts, which are different from the calcifications in breast tissue that can signal the presence of a tumor.

“Every time I see one I think, “That woman has a breast full of calcifications. I wonder if her heart looks the same,’” said Dale, a cancer surgeon.

Next, they looked at the mammograms of 204 stroke patients and found the deposits in 56 percent of them _ five times more often. Greater stroke risk was seen in women of all ages with the deposits, but especially among those in their forties and fifties.

The third study looked at clues of stroke risk from a different test- HOMA, a ratio of blood-sugar and insulin levels measured after fasting. High scores signal insulin resistance, a condition where the body is not able to effectively use that hormone to turn food into energy, raising the risk of diabetes.

The test isn’t routinely done, but blood-sugar levels are frequently tested and may give a warning of more than diabetes risk, doctors said.