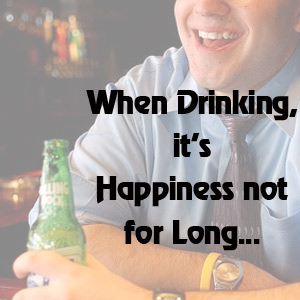 A Japanese study has said that drinking away one’s sorrows only makes the bad memories linger, contrary to the popular belief that alcohol helps people drown out their worries.

Researchers at the University of Tokyo have found that ethanol, the intoxicating agent in alcohol does not actually cause memory to decrease, but instead locks it in place.

The group of researchers was led by pharmacology professor Norio Matsuki. For the study, they gave mild shocks to lab rats so as to condition them to fear. As a result, the rats would freeze in terror and curl up the moment they were put in their respective cages.

Immediately, the researchers injected the rats with ethanol or saline. They found that the rats with alcohol in their veins froze up for longer, with the fear lasting for an average of two weeks. This was compared to the rats that did not receive any sort of injections.

The study concluded, “If we apply this study to humans, the memories they are trying to get risk of will remain strongly, even if they drink alcohol to try to forget an event they dislike and be in a merry mood for the moment. The following day, they won’t remember the merriness that they felt.”