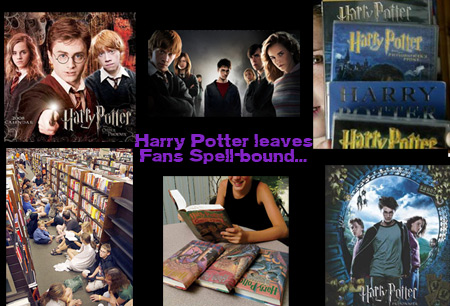 Harry Potter is the young wizard character conceptualized by JK Rowling in her innumerable books for the youth. So captivating has the wizard’s magical life been that a new study says that Harry Potter fans find it harder to give up these books compared to addictive substances. Potter fans have even been found to suffer from withdrawal symptoms.

Researchers analyzed a group of 4,000 Potter fans and found that 10% of them suffer from symptoms such as depression, loss of appetite and sleeplessness, while 20% are on the verge of addiction.

According to lead researcher Professor Jeffrey Rudski of Muhlenberg College, Pennsylvania, “An addition to a drug is no different from an addiction to Harry Potter or the Internet or Pornography. It’s not always a bad thing, there’s a community that you get with Harry Potter that you don’t get with heroin.”

Till date, JK Rowling has come out with seven Harry Potter books, which chronicle the life of the young wizard and his life in school of wizardry. Harry Potter and The Deathly Hallows, the seventh and final book, was published last summer. Movies have been made too which are based on the books.

“Some readers can become so engaged in the series and the ancillary world that grew out of it that they report behaviors- that truly fit definitions of addiction or dependence,” added Professor Rudski.

The study also compared cravings from cigarettes to that of the Harry Potter series of books.

“After finishing the series, ten per cent of fans spent over four hours a day on Potter-related activities, experiencing interference with appetite and sleep, engaging in less physical activity, having a lower sense of well-being and being more irritable,” according to the researchers.

The study throws a new light on addictions- those which are not so bad for one’s health after all! The Potter mania continues…