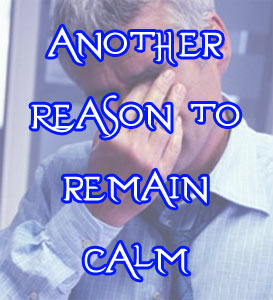 According to a new study, acute stress, even if it lasts only a few hours, can actually affect our memory. Stress impairs communication to brain cells that have a role to play in learning and memory, said the study by researchers at the University of California at Irvine.

While severe stress lasting weeks or months has been known to impair cell communication in the learning and memory region of the grain, this study establishes for the first time that short-term stress can also have the same effect.

“Stress is a constant in our lives and cannot be avoided. Our findings can play an important role in the development of drugs that might prevent these undesirable effects and offer insights into why some people are forgetful or have difficulty retaining information during stressful situations,” said lead researcher Tallie Z. Baram.

In rat and mouse studies, Baram’s team saw that the release of CRH molecules in hippocampus, the brain’s primary learning and memory centre, led to the rapid disintegration of these dendritic spines, which, in turn, limited the ability of synapses to collect and store memories.

The researchers discovered that blocking the CRH molecules’ interaction with their receptor molecules eliminated stress damage to dendritic spines in the hippocampal cells involved with learning and memory.