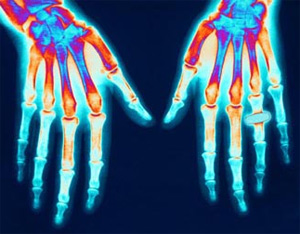 Millions of arthritis patients around the world require undergoing painful surgeries that drill holes in joints to reinforce them. Now, a promising new synthetic cartilage hydro-gel offers hope for those affected.

Researchers at the US National Institute of Standards and Technology (NIST) have identified a gel that, while having the pliancy of gelatin, won’t break apart even when deformed over 1,000 percent.

Known as double-network hydro-gels, the incredible strength of these new materials was a happy surprise discovery by researchers at Hokkaido University, Japan, in 2003.

The Japanese team discovered that addition of a second polymer to the gel made them so tough that they rivaled tissues that can withstand the abuse of hundreds of pounds of pressure.

A paper by the researchers from either side of the Pacific was presented at a recent meeting of the American Physical Society.

Most conventionally prepared hydro-gels – materials that are 80-90 percent water held in a polymer network – easily break apart like gelatin. But, this one is different. By using NIST’s neutron research facility to show how the molecules in the gel sustain such large deformations, the research team hopes to make it easier to design materials with even better mechanical properties.

Initial work using NIST’s neutron scattering techniques to explore the structure of the gel found unexpected results. The two polymers were attracted to each other, despite the fact that one polymer is negatively charged and the other neutral. They can withstand a certain force before they are pulled apart.

The total amount of force that can be endured by this polymer pair gets amplified enormously because there are many contacts along each long chain. Efficacy of stress transfer between the long added chain and gel network forms the cornerstone of the toughening mechanism in DN-gels.