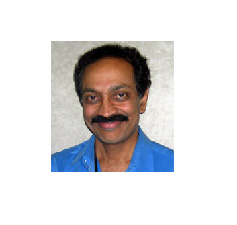 A researcher has found that an amputee could perhaps be cured of “ phantom” limb pain just by tricking the brain into reacting to the sight of someone else performing soothing, massage-like gestures.

Amputees often report a sensation of pain in a missing limb.

Vilayanur Ramachandran, Director of Center for Brain and Cognition at the University of California, San Diego conducted a series of experiments to understand why these feelings of pain arise in the first place and how they could be eliminated.

Recent studies have shown the critical role of “mirror” brain cells which fire every time someone makes a deliberate gesture, such as shaking hands or giving a thumbs-up sign.

These neurons are also triggered when we see others perform the same gesture, which raises the intriguing question of why we do not feel a corresponding sensation every time someone within view rubs or claps his hands.

Ramachandran speculated that sensory cells in the hand block the message that the mirror neurons are trying to send to the brain.

But as these sensory cells are absent in the amputee, the signals get through and registers, accounting for the phantom feelings and pain.

To test his theory, Ramachandran and colleagues created a “mirror box” that gave amputees the visual impression of seeing their missing limb.

Two amputee volunteers, watching as their intact hand was touched, both felt as if their missing hand was “being prodded.” And when they saw a third person’s hand stroked, they too began to feel a similar sensation in their absent limb.

“If you do it often enough perhaps this pain will go away for good. An amputee experiencing pain in their missing limb could watch a friend or partner rub their hand to get rid of it,” he said.

One of the subjects reported that watching someone rub her hands together caused a painful cramping sensation in his phantom limb to stop for up to 15 minutes.