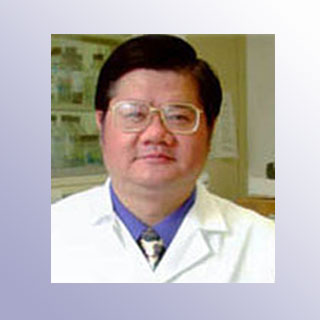 A research conducted at the University of Texas M.D. Anderson Cancer Center claims that a tumor-suppressing protein apparently grabs a significant cancer-promoting enzyme and apparently labels it with molecules that may attack to destroy it.

The researchers illustrated that KEAP1 (Kelch-like ECH-associated protein 1), a freshly discovered tumor-suppressor, supposedly attaches to IKKß and fastens molecules called ubiquitins to the oncoprotein, which may aim it for dissolution by the cell’s proteasome complex.

Senior author Mien-Chie Hung, Ph.D., professor and chair of M. D. Anderson’s Department of Molecular and Cellular Oncology, commented, “KEAP1 is a recently discovered tumor suppressor, but how it works has not been known. IKKß is a known oncoprotein that promotes cancer in at least two different ways, but we did not know how it was regulated. We think we’ve answered both questions with this research.”

It was also seen that underexpression of KEAP1 is apparently linked with poor survival among breast cancer patients, and that it may be mutated and inactivated in a few breast, liver, lung and colon tumors.

Hung mentioned, “KEAP1 underexpression or inactivation is involved in multiple cancers, so we are working now to identify its activation mechanism, which could lead to development of new anti-cancer drugs.”

He and his colleagues also wish to know whether KEAP1 functions on other recognized oncoproteins.

Obstructing overexpression of IKKß, i.e. IkB kinase ß, could be vital for at least two reasons. Hung and colleagues have demonstrated that the protein may restrain at least two other significant tumor suppressors. More notably, IKKß may trigger the NFκB i.e. nuclear factor Κb signaling pathway, which could adjust expression of genes occupied in the immune response, cellular proliferation, growth of new blood vessels, cell survival, tumor invasion and the fatal spreading of cancer called as metastasis.

Hung and colleagues first established that the occurrence of KEAP1 may hamper the NFκB signaling pathway and then performed a sequence of experiments to discover how that happens. They found that reduction of KEAP1 may result in the accumulation of IKKß, and then found that the tumor suppressor may attach to a definite location on IKKß, thereby capturing it to supply it to the proteasome.

KEAP1 is an ubiquitin ligase that apparently fastens to the target protein and operates in a complex with another protein, CUL3, which supposedly attaches the ubiquitins to the bound protein.

After that, they sequenced KEAP1’s genes in about 26 cancer lines. Out of them 18 were breast cancers, four liver cancers, and four lung cancers. The same thing was done in about 119 primary tumors. Of which 17 were breast, 78 were liver, 13 were lung and 11 were colon. Two efficient genetic mutations that supposedly closed down the protein’s capability to control IKKß were found. The mutations supposedly impacted the part of the protein that may fasten to IKKß.

This research was published in the journal Molecular Cell.