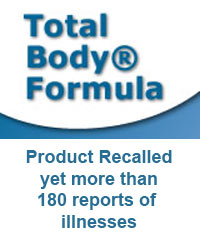 Federal officials had warned about the side-effects of harmful doses of selenium, a mineral considered healthful in small amounts which was noticed in plastic bottles of the liquid supplement. The supplement manufacturer had also recalled the product on 27th March, inspite of the steps taken, there were reports of 184 illnesses

The symptoms that have been observed are hair loss, discolored and painful fingernails, muscle cramps, joint pain, diarrhea and fatigue. Victims have grown ill 5 to 10 days after beginning to take the affected products. Guess rather than relying on dietary supplements, natural diet is safer to follow for the time being.