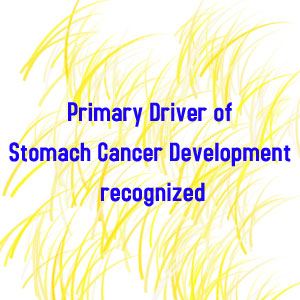 Scientists have finally identified a key driver in the formation of tumors in stomach cancer. Experts at the Melbourne Branch of the international Ludwig Institute for Cancer Research (LICR) have discovered that protein IL-11 incites protein Stat3 to get hyperactive which in turn leads to carcinogenesis.

Although it was earlier known that persistent hyperactivity of Stat3 causes excessive inflammation based carcinogenesis, it was not clear as to what induced hyperactivity in Stat3, which is also found in cancers other than gastric cancer. The discovery has led to a breakthrough in the treatment of gastric cancer as now finally a protein can be targeted to avoid the further abnormal cell growth and cell division.

“Although we made this discovery in a mouse model, we expect it to be highly relevant to the clinic because of the striking similarity in gastric tumour development and appearance between mice and men. The clear link between inhibition of IL-11/Stat3 activity and suppression of gastric tumorigenesis that we identified supports the further development of pharmacologic agents that target these molecules for the treatment of gastric and potentially other cancers. We believe that we have a very relevant model in our hand for the preclinical assessment of such compounds as well as for the identification of potential markers that may ultimately help in the early detection of disease,” said the lead author of the study, Professor Matthias Ernst from the LICR Melbourne Branch.

The ILL-11 protein works by signaling a cascading effect that causes inflammation and hyperplasia (an abnormal increase in the number of cells) which ultimately leads to tumor formation. This can be blocked by using both pharmacologic and genetic inhibitors which was experimented in a mouse model.

Gastric cancer is the second most common fatalistic cancer that is particularly characterised by inflammation of gastric tissues.

Pain Management: All you need to know