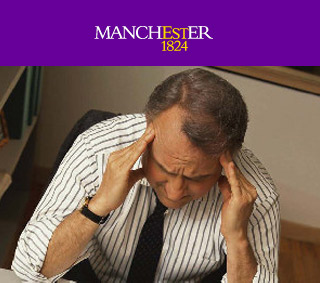 Experts reveal that the prevalence of menopause among males is 2 percent as compared to female menopause which affects all women. Male menopause is linked to poor general health and obesity. This study may provide guidance to physicians prescribing male testosterone therapy that has increased in United States by 400 percent though not elsewhere since 1999.

The University of Manchester researchers worked with colleagues at Imperial College London, UCL (University College London) and other European partners to examine the testosterone levels of 3.369 among men aged between 40 and 79 years and were from eight European centers. They were asked questions about their sexual, physical and psychological health.

Psychological symptoms included loss of energy, sadness and fatigue but these non-sexual symptoms were weakly linked to low testosterone. Other symptoms like change in sleeping pattern, poor concentration, feeling worthless, nervousness or anxiety and difficulty getting up from a chair that were often linked with male menopause. However the study was unable to identify a link between these symptoms and menopause.

Lead author Professor Fred Wu, from The University of Manchester’s School of Biomedicine comments, “The diagnosis of classical hypogonadism is corroborated by underlying diseases affecting the testes or pituitary gland, which controls testicular function, but this well-practiced diagnostic approach is frequently found wanting when dealing with the age-related decline of testosterone in elderly men who are prone to have a significant background of non-hormone-related complaints”.

“Our findings have for the first time identified the key symptoms of late-onset hypogonadism and suggest that testosterone treatment may only be useful in a relatively small number of cases where androgen deficiency is suspected, since many candidate symptoms of classic hypogonadism were not associated with decreased testosterone levels in older men,” he adds.

European Union-funded European Male Ageing Study identified testosterones under which certain symptoms became prevalent. Levels of testosterone under these thresholds are required to validate the detection of hypogonadism in symptomatic elderly men.

Professor Wu shares that “The long list of nonspecific symptoms that have a potential association with testosterone deficiency makes it difficult to establish a clear diagnosis of late-onset hypogonadism. This situation is further complicated when you consider that even the most specific sexual symptoms of androgen deficiency was relatively common among men with normal testosterone levels. It is therefore important to specify the presence of all three sexual symptoms of the nine testosterone-related symptoms we identified, together with low testosterone, in order to increase the probability of correctly diagnosing late-onset hypogonadism. The application of these new criteria should guard against the excessive diagnosis of hypogonadism and curb the unwise use of testosterone therapy in older men.”

These findings were published in the New England Journal of Medicine.