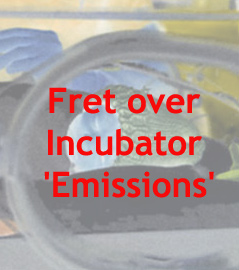 Mothers delivering premature babies wouldn’t know that the very incubator which is used in taking care of the baby gives off electromagnetic fields which tend to change the babies’ heart rhythms.

In a new study, researchers in Italy have found that the electromagnetic fields formed by incubators may modify or change the newborn babies’ heart rates. This implies to those babies who are born premature may be several weeks or months and are kept in incubators.

Carlo Bellieni at the General Hospital of the University of Study in Siena and colleagues examined the heart rate of 43 newborn infants placed in incubators, by measuring the heart rate variability (HRV). This was done when the incubators were switched on and then switched off.

The heart rate of 27 babies was evaluated over 3 periods of five minutes each. In this process, the first time around the incubator motor was kept on, the second time it was switched off and the third time it was started once again.

It’s quite evident that the human heart doesn’t have a similar rate of heart beat. The pace increases or slows down during the breathing process of in and out along with the changes in hormones. But a low HRV in adults is a sign of risk in heart disease.

Carlo Bellieni and his colleagues have discovered that when the incubators were switched on, the babies were exposed to 8.9 milligauss of electromagnetic frequency. Normally it is around 1 milligauss. It was also found that the babies’ heart rate became less uneven.

Bellieni said, “HRV dropped to half that of baseline levels. This is not good at all”.

Bellieni says that they have no intentions of creating a doubt or fear in the minds of the parents. “We cannot save [most premature] newborns without incubators,” he says. “Incubators are necessary to these babies, and no actual correlation with health problems has been shown.” But he hopes to add improvements in incubators to make them as safe as possible.

They ended with a note that there should be some kind of modifications done in designing the incubators which would facilitate the avoidance of an exposure to electromagnetic fields at such a tender age, which would help the babies in the long run.

The results are reported in the Fetal and Neonatal Edition of Archives of Disease in Childhood.