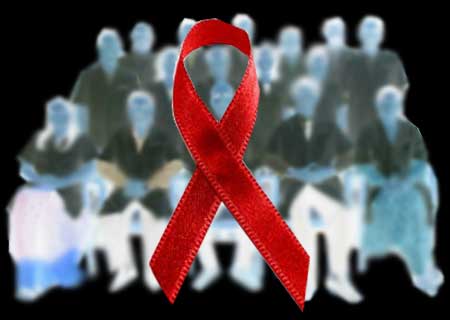 Scientists have finally unmasked the viruses that actually lead to HIV infection through sexual transmission. As per a study conducted by the University of Alabama at Birmingham (UAB), not all Human immunodeficiency Viruses (HIV) cause the infection. There are particular ones that spread through sexual transmission while the rest remain in the blood.

The effect is known as the ‘bottleneck’ effect where few viruses cause the infection while the rest remain in the blood.

“We can now identify unambiguously those viruses that are responsible for sexual transmission of HIV-1. For the first time we can see clearly the face of the enemy,” said George .M. Shaw, a project leader with the Center for HIV/AIDS Vaccine Immunology.

The UAB team identified the particular type out of the billions of variants of the virus by taking the virus samples from 102 recently infected patients. A sequence was made by copying the various HIV envelope genes from the sample. The sequencing showed that the protein Env which is encoded by the envelope genes causes infections. The protein forms the outer covering of the gene.

The scientists used a complicated ‘mathematical models of HIV replication and genetic change’ to unmask the viruses responsible for the transmission. “Previously, researchers employed inexact methodologies that prevented precise identification of the virus that initiated infection,” said Brandon Keele, Ph.D., an instructor in UAB’s Department of Medicine and lead study investigator. Adding, “Our findings allow us to identify not only the transmitted virus, but also viruses that evolve from it.”

The finding shows that the infection in 80% of newly infected patients was caused by a single virus while the rest of the 20% were infected because of the 2-5 types of viruses spreading through transmission. The findings on the new HIV-1 are published on the internet in the Proceedings of the National Academy of Sciences.

With the latest findings, the scientists hope to clear the mystery of how the different virus proteins and HIV genes work together, enabling transmission and growth inspite of the immune system keeping a watch over infectious bodies. The findings are very valuable in a time when all the anti-HIV and anti-AIDS drugs are failing and the incidences of the disease seem ever increasing.

In 2007, as per statistics, 33.2 million people were living with HIV while 2.1 million died from AIDS and 2.5 million became newly infected. The statistics are estimated by a Joint United Nations Programme on HIV/AIDS (UNAIDS) and the World Health Organization.