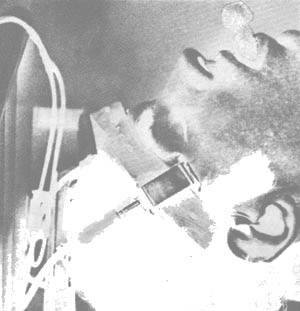 According to Canadian researchers, an electric shock ranging from 120 to 52,000 volts can increase the risk of causing neurologic and neuropsychological symptoms in human beings.

The aftermaths of going through such electric shocks can be memory loss, symptoms of depression and various other emotional and behavioral changes.

ER pediatrician and toxicologist Dr. Benoit Bailey, in collaboration with pediatricians Pierre Gaudreault and Robert Thivierge have checked the existence of short term neurologic and neuropsychological symptoms and gave electric shock to the patients almost for a year to know more about the symptoms linked with some factors like transthoracic current, neuromuscular spasms (tetany), loss of consciousness or shock of 1000 volts or more.

Right from October 2000 to November 2004 the researchers conducted studies in Quebec across almost 21 hospital centers. The list of the study who participated includes 134 patients, between the age group of 1 to 67 year. There were 26 children and 88 other people who suffered from the work-related accidents. Most of them reported to have 48 percent of electric shocks which were from the domestic side causing from 120 to 240 volts whereas 38 percent from industrial side with the electric current of 347 to 1200 volts.

Through a telephonic interview, the follow ups were noted by a research nurse, to analyze the neurologic and neuropsychological symptoms like the general fatigue, pains, muscular weakness, numbness of the extremities, headaches, memory loss, psychological symptoms, dizziness and depression. Moniker

Later it was followed by electric shocks and then a year later a second interview was held. The results of the short term follow up were that that 30 out of the 114 patients (26%) complained of new neurologic or neuropsychological symptoms and general fatigue and pain remained the common symptom. And in the 1 year follow up it was found that 24 of the 86 patients (28%) yet suffered the above symptoms and giving birth to some new symptoms altogether.

“The cause of the neurologic and neuropsychological symptoms after an electrical shock is unclear,” says Dr. Bailey. “Several mechanisms are probably involved. We did observe that symptoms from electric shocks are similar to symptoms following a cranial trauma. That’s why ER doctors should inform their patients who suffer an electric shock of possible symptoms, in the short and medium term, and conduct similar follow-ups as they would with cranial trauma patients.”

The study has been funded by Hydro-Québec and has been conducted by clinicians from the Université de Montréal’s Faculty of Medicine and Sainte-Justine Hospital.