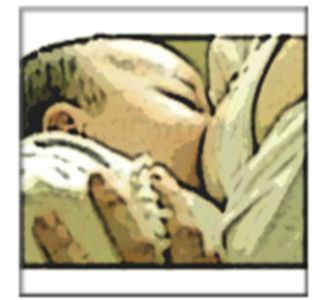 According to a study published in the Annals of the Rheumatic Diseases, mothers who breast feed for a longer period of time have lower rates of getting rheumatoid arthritis.

The findings showed that women who had breastfed for a period of 13 months or more were half as likely to develop rheumatoid arthritis and women who had breastfed from the period of 1 to 12 months had decreased chances, up to 25%. Breastfeeding raises a hormone level known as oxytocin, which leads to reduced stress levels and lowers blood pressure.

Professor Alan Silman, medical director of the Arthritis Research Campaign said, “The study shows different results from previous studies. In the past we have shown that breastfeeding was a risk factor for developing rheumatoid arthritis in a small group of women soon after giving birth to their first child.

“This is slightly different in that it looks at longer-term risk. One explanation could be that women who breastfeed may lead healthier lifestyles than women who don’t, but we don’t know the mechanisms that would explain this fully, and not enough work has been done in this area,” added Prof Alan.

Rachel Haynes, from the voluntary organization Arthritis Care said, “The surprising results from this research demonstrate how much more we need to know about rheumatoid arthritis and its causes.” She added that, “It is important that women feel able to make informed choices by balancing their lifestyle with the full range of evidence about the pros and cons of breastfeeding.”