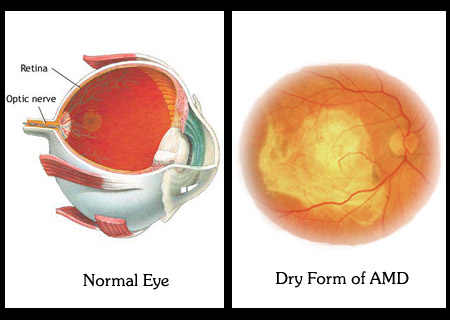 There is finally some hope for those worried by the aging eyes and degenerated vision. Researchers have succeeded in carrying out retinal transplants in patients suffering from blindness as a result of retinitis pigmentosa (RP) and age-related macular degeneration (AMD).

A preliminary research was conducted by the researchers where they transplanted retinal cells in ten patients out of which six patients had RP and rest of the four had ‘dry’ form of AMD.

Although both the eye conditions are caused due to different reasons, they have the same degenerating effect where the photoreceptors (light-receiving cells) of the retina are destructed.

Dr. Norman D. Radtke of University of Louisville, Ky., lead author of the study and colleagues transplanted the fetal retinal cells along with the retinal pigment epithelium which nourish the photoreceptor cells.

The experiment was conducted with the aim to test the concept of replacement of the damaged photoreceptor cells with the new ones that grow which connect with the remaining retina.

The follow-ups of the patients showed that the there was improvement in the vision in seven out of ten patients out of which three were RP and four were AMD patients. Researchers note that although the patient’s vision was still under the ‘legally blind’ range, whatever improvements occurred were measurable and considerable.

“This clinical evidence shows the promise of our method to alter progressive vision loss due to incurable degenerative diseases of the retina,” comments Dr. Radtke.

Researchers also noted that one patient showed improvements till six years after surgery, which when tested showed 27 percent increase in light sensitivity. However, in the same patient, the eye that was untreated went on degenerating. Also no problem of transplant rejection was noted.

“Retinal implants that combine retina and retinal pigment epithelium demonstrated an apparent ability to integrate with host retinas and to re-establish the visual pathways interrupted by disease,” adds Dr. Radtke. “What we have learned will help us to refine this method and obtain further evidence that retinal implants may be a viable therapy for retinal degenerative disease.”

Therefore, more researches are to be needed to identify the effectiveness of retinal transplants in the patients with these eye diseases as the aforementioned research is preliminary one.

The research is reported in the August issue of American Journal of Ophthalmology.