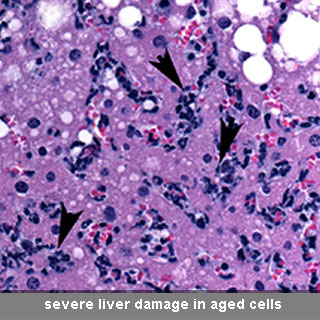 This piece of information may provide some vital insights about our immune system. A study from Yale School of Medicine has claimed to discover that an exaggerated reaction of the immune system could elucidate why the elderly apparently fall prey to viral infections more quickly as compared to younger people.

Illness and death caused by viral infections are apparently inclined to augment with age, signifying that aging could damage immunity, but the core mechanisms are supposedly not obvious.

To comprehend how aging could alter inflammatory response to viral infection, a study team headed by Daniel R. Goldstein, M.D., associate professor of internal medicine and cardiology at Yale School of Medicine, contaminated young mice around 2-4 months, middle-aged mice about 8-10 months and aged mice roughly 18-20 months with the herpes virus. This apparently resulted in a speedy boost in inflammatory mediators, or cytokines, known as interleuken 17. When the team investigated the blood for inflammatory substances and checked the liver, they supposedly observed proof of harm in only the aged cohort.

When Goldstein and his team inhibited interleuken 17 either prior to or post infection, the mice in the aged group apparently no longer exhibited indications of liver damage and did not die. Goldstein is of the opinion that the outcome of the research illustrates that aged individuals yield to viral infection thanks to exaggerated immune responses than declining immunity.

Goldstein mentioned, “This was a dramatic response to inhibiting a single cytokine. Aged mice do have defective immune responses, but instead of trying to boost their immune response, we should try to inhibit certain inflammatory pathways to prevent susceptibility to viral infections.”

Goldstein added, “Our study could also explain why other susceptible populations succumb to viruses, such as the H1N1 pandemic virus, since it is possible that heightened immune responses—rather than defective immunity—attack the body and lead to disease in these individuals.”

Goldstein is of the opinion that the findings could clarify why older people are more vulnerable to the seasonal influenza viral infection.

The study is published in the Cell Host and Microbe.