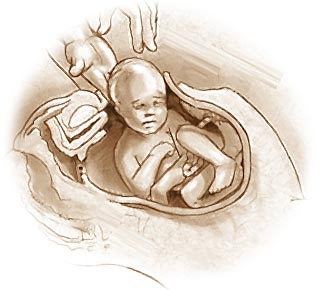 The risk of the most common type of diabetes in childhood is 20 % higher in babies delivered by caesarean section as against those born by normal deliveries. Type 1 diabetes starts early in childhood and is presently on the rise in Europe.

According to a recent study by researchers at Queen’s University Belfast children born by caesarean section have an increased risk of developing type 1 diabetes than those born naturally. Led by Dr. Chris Cardwell and Dr. Chris Patterson, the team closely analysed 20 published studies from 16 countries including around 10,000 children with Type 1 diabetes and over a million control children.

Dr. Cardwell, from the School of Medicine, Dentistry and Biomedical Sciences, remarked, “This study revealed a consistent 20 per cent increase in the risk of Type 1 diabetes. It is important to stress that the reason for this is still not understood. It is possible that children born by Caesarean section differ from other children with respect to some unknown characteristic which consequently increases their risk of diabetes, but it is also possible that Caesarean section itself is responsible.”

He further added, “Type 1 diabetes occurs when the immune system destroys the insulin producing cells in the pancreas, and one theory suggests that being born by Caesarean section may affect the development of the immune system because babies are first exposed to bacteria originating from the hospital environment rather than to maternal bacteria.”

“The study findings are interesting, but unless a biological mechanism is established it would be unwise to read too much into this association between Caesarean section delivery and diabetes”, mentioned Dr. Chris Patterson.

The researchers found that increased risk of developing diabetes in caesarean babies may be associated to factors like birth weight, the age of the mother, order of birth, gestational diabetes and whether the baby was breast-fed or not. This link was also found in previous studies. The normal risk of a baby developing type 1 diabetes is 3 in 1000.

Diabetes is a fatal disease and is globally increasing. If not controlled, it leads to serious complications like heart disease, stroke, kidney failure and amputations. Nearly 2.3 million people in the UK are diagnosed with diabetes and 250,000 with Type 1 diabetes.

Regions like Northern Ireland have a significantly higher rate of babies being delivered by caesarean section. Around 1 in 4 babies are delivered through C-section which is much over World Health Organisation’s recommended rate of 15 per cent.

While caesareans in certain cases are a must, many women these days also opt for them for non-medical reasons. The study indicates that those who do have a choice should consider this risk before going in for a caesarean.