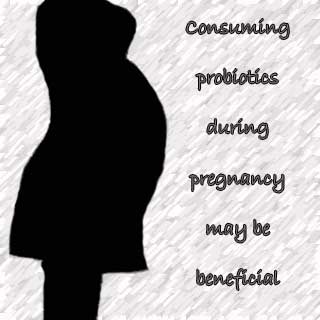 A latest study has suggested that the consumption of probiotics during pregnancy may aid in reducing belly fat after childbirth. By conducting this study, these experts may have probably read the mind of all the soon-to-be-moms. Belly fat could be a problem which possibly all women may have to go through after childbirth. A possible solution for this problem has been suggested by the experts from the University of Turku, Finland.

Probiotics are said to be the bacteria which may be considered good for the body. They are believed to boost digestion by keeping a check on the growth of the damaging bacteria in the digestive tract.

Dr. Kirsi Laitinen, nutritionist at the University of Turku, Finland, says that, “This is the first study showing that probiotics-supplemented diet during pregnancy and breastfeeding influences the adiposity of women over the 12-month postpartum period.”

For the purpose of the study, an analysis was conducted on more than 250 pregnant women. These women were believed to have been categorized into three groups. Two groups were said to have been provided with counseling on which foodstuffs may benefit both mother and child.

It was observed that the average body fat percentage of the women in the probiotics group was about 28%, in contrast to the 29% and 30% of the second and the third group respectively.

According to these experts studying probiotics in pregnant women may have benefits for both mother and child. It was stated that, “Bacteria are passed from mother to child through the birth canal, as well as through breast milk, and research indicates that early nutrition may influence the risk of obesity later in life. There is growing evidence that this approach might open a new angle on the fight against obesity, either through prevention or treatment.”

Having said this it was also said that in order to gain better insight into this topic, a deeper analysis and evaluation may be required.

These findings were presented at the 17th European Congress on Obesity in Amsterdam, Netherlands.