Telomerase, the enzyme has always been a culprit behind almost all the human cancers, say researchers. Since nearly a decade, cancer treatments have aimed at shutting down the enzyme, but they couldn’t prove to be very 100 percent telomerase-proof. The loop that prevented researchers from shutting down telomerase was the inadequate knowledge on the structure of telomerase. 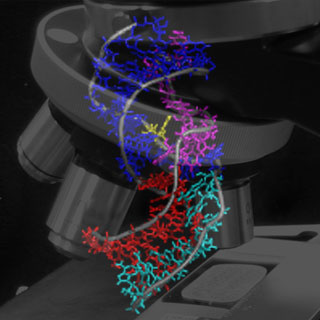 In a ground-breaking study, researchers at The Wistar Institute have finally got to the core of telomerase and emerged with a hope to have new more effective anti-cancer drugs plus anti-aging therapies with minimum side-effects.

“Telomerase is an ideal target for chemotherapy because it is active in almost all human tumors, but inactive in most normal cells,” says Emmanuel Skordalakes, Ph.D., assistant professor in Wistar’s Gene Expression and Regulation Program, who led the study.

“That means a drug that deactivates telomerase would likely work against all cancers, with few side effects.”

In their study, researches have explicated the region of the telomerase that is active and its most important protein component. The study goes deep down to the atomic configuration of the enzyme and sheds light on how telomerase replicates the ends of chromosomes, which is a part of the process in tumour development and aging process.

This means we can soon expect telomerase inhibitor drugs not only work as an anti-cancer therapy but also drugs that help control telomerase that allows division of cells to a healthy amount for young fresh cells and tissues that make us live longer.

The detailed study has been published in the online version of Nature Biotechnology.