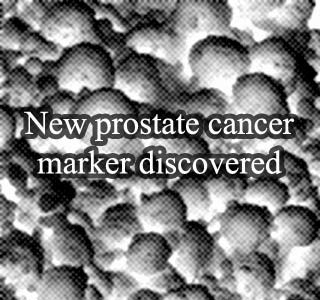 These scientists detected about ten metabolites which grew in number in the prostate cells, along with cancer progression. One of these chemicals, sarcosine, aids the prostate tumor cells to plague over the neighboring tissue as well. The study investigators noticed that with the progression of prostate cancer cells, an increase in sarcosine level was also detected in the tumor cells and urine samples. This discovery could lead to a non-invasive diagnosis of the tumor in an individual. This knowledge could also aid in prescribing certain drugs that can divert the sarcosine pathway.

“This allows us to have more of a systems perspective of cancer development. We are also looking at gene and protein markers, for therapeutic consideration, biomarker consideration, and just understanding the biology. We are not sure yet how it’s going to sort out, so we’re being non-discriminatory with what types of technologies we use,” stated Study investigator, Arul Chinnaiyan.

The study investigators used the mass spectrometry technique to judge against the levels of more than 1,000 metabolites in healthy prostate tissue, clinically localized prostate cancer and in metastatic prostate cancer. Along with cancer progression, an increase in the level of certain molecules was also noticed. To this Chinnaiyan says, “This is proof-of-principle that we can identify metabolites, or panels of metabolites, that might be correlated with aggressive prostate cancer versus slower-growing prostate cancer.”

The study investigators detected an increase in sarcosine in the urine of prostate cancer patients as compared to in healthy people. Thus, indicating that sarcosine levels are somehow involved in the processes of a cancer tumor cell. They further state that this discovery could aid in the use of appropriate drugs in order to divert the sarcosine pathway. Having said this, they also say that a more detailed analysis needs to be conducted on this issue.

Their findings are published in the Nature journal.