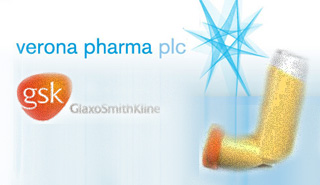 A potential breakthrough in the field of medical science, scientists will soon start the clinical trials of a new side-effect free drug, RPL554 for asthma and hay fever. To be administered once a day, the drug should be out for sale within the next three years.

Hay fever and asthma sufferers could soon take the once-a-day drug with fewer side effects than other medication. The innovative drug, RPL554 is the creation of Sir David Jack, the former GlaxoSmithKline Research Director, who has also invented some of the main treatments for asthma. It apparently keeps the airways open, dampens down inflammation and protects against the irritants that trigger asthma.

Clive Page, chairman of Verona Pharma, the company which has developed the drug, and professor of pharmacology at King’s College London, commented, “We are not saying that this is a cure, but we think it will work very well and remove many of the side effects sufferers currently face.”

“There hasn’t been much progress recently with alternative, effective and practical treatment options for a wide range of people with asthma and hay fever. However, by combining anti-inflammatory properties and the ability to overcome airway narrowing in a single long-lasting drug administered via the nose,” RPL554 could offer real hope of a significant breakthrough, mentioned Leanne Male, of the charity Asthma UK.

Scientists claim that the drug, RPL554, averts the action of two enzymes which play a significant role in development and progression of both asthma and hay fever. The airways should open up by blocking one enzyme phosphodiesterase 3, whereas inflammation should be kept in check by the blockage of the other phosphodiesterase 4. The effects of the drug are assumed to be long lasting and hence developers emphasize on taking it just once a day.

Clinical trials of the drug would be conducted at the Centre for Human Drug Research in the Netherlands by November 2008 and should complete by summer next year, according to the manufacturer. The scientists responsible for the drug are also hopeful that the potential treatment should be available within the next three to four years. This should especially benefit people who suffer from a combination of both conditions hay fever and asthma as they are at an increased risk of asthma attacks and emergency hospital admissions.

They are also looking into the possibilities of the drug administered as an inhaler. With a much lowered risk of side effects, even this researcher’s claim can be as effective.

At least half of the 5.2 million people with asthma in the UK also have hay fever according to the researchers. Asthma and hay fever are presently treated by what are known as beta-agonists. These are effective at controlling the conditions, but they hold a risk of side effects, such as damage to the cardiovascular system.