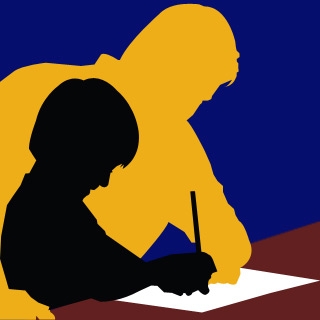 All you fathers, who think that your role as a dad goes just up to being the provider, read this. A new study claims that father’s who play an active part in raising their children actually bring up more intelligent and smart kids. So the more time you spend with your toddler the smarter he will grow up to be!

Conducted by researchers in Britain, the 50 year old study involved nearly 17,000 British people born in 1958. It revealed that dad’s who are in full operation when their child is growing up raise them to not only have higher IQs but also them scale a high social status later on.

Lead researcher Dr Daniel Nettle from the Newcastle University, mentioned, “The (study’s) data suggest that having a second adult involved during childhood produces benefits in terms of skills and abilities that endure throughout adult life. What was surprising about this research was the real sizeable difference in the progress of children who benefited from paternal interest and how 30 years later, people whose dads were involved are more upwardly mobile.”

As part of the research, the team of experts interviewed mothers about the involvement of the father in their kid’s daily activities that included reading, organising outings and spending quality time. Interestingly fathers who belonged to a higher socio-economic status on the basis of income, education, occupation and health were found to interact more actively with their kids.

The research suggests that hands-on dads had a greater effect on their kids. As compared to children whose dad’s were not really actively involved in their upbringing, kids whose fathers spent more time with them had better IQ levels, in fact much higher levels. The kids in the latter group were also more socially mobile against their counterparts who got less or no attention. These differences were identifiable even by the age of 42.

While dads were found to spend more times with their sons than their daughters, both sexes apparently benefited equally from the interaction. According to study children who were adopted and had fathers who were hardly or not involved at all fared no better than children brought up by single mums.

So now you know what to do in case you want your youngster to thrive in life. Just show your love by spending a little more time with him or her.

The latest edition of the ‘Evolution and Human Behaviour’ journal has published this study.