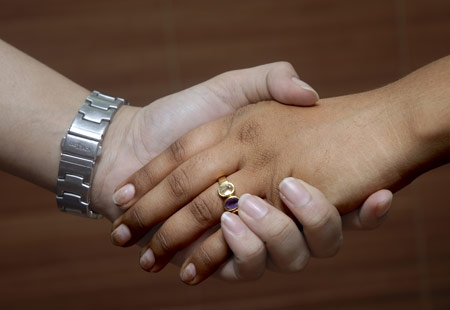 Racism, it appears is extending to diseases as well. You heard it right! A distinct study by researchers at the Lucile Packard Children’s Hospital and the Stanford University School of Medicine shows that the risk of gestational diabetes and a C-section delivery is increased in interracial Asian-Caucasian couples.

According to researchers the race of a couple indicates the risks of pregnancy related problems like caesarean delivery and gestational diabetes. It tends to vary in Asian, Caucasian and interracial Asian-Caucasian couples. Those who come in the Asian-White couple group face a significantly higher pregnancy risk.

Co-author Yasser El-Sayed, MD, a Packard Children’s Hospital obstetrician and associate professor of obstetrics and gynecology at the medical school mentioned, “There’s great heterogeneity in our country; there are people of many different races and backgrounds,” said “Gaining better insight into the risks facing specific populations provides for better counseling and better prenatal care.”

The research is based on data from nearly 5,575 white, 3,226 Asian and 868 Asian-white couples, who had their babies at the Johnson Center for Pregnancy and Newborn Services at Packard Children’s Hospital between 2000 and 2005. Experts indicate that as compared to white women with Asian or white partners, Asian women whose partners are white are more likely to have a caesarean delivery

The broad analysis of these couples showed that a white mother-Asian father combination in couples had the lowest caesarean rate, about 23%, while an Asian mother/white father combination, had the highest rate at 33.2%. The researchers also discovered that Asian couples had babies with the lowest birth weight as against Caucasians and mixed race couples who showed the highest and intermediate birth weights respectively.

Additionally, the study also showed that the Asian mother-Caucasian father couples are almost 2.6 times more likely than others to face gestational diabetes while the Caucasian mother-Asian father combination was on a 2.4 times greater risk. Gestational diabetes is a known risk factor for Asian-Asian couples; however it is not much of a factor to be concerned in Caucasian-Caucasian couple.

Researchers also associate a smaller than average pelvic size of Asian women as against white women with difficulty in accommodating babies of a certain size. This could also put them at higher pregnancy-related risks and problems. The distinct study thus advises medical practitioners and gynecologists to keep the origin/race of the parents, especially the mother in mind while giving prenatal counseling to the couple.

The study is published in the American Journal of Obstetrics and Gynecology.