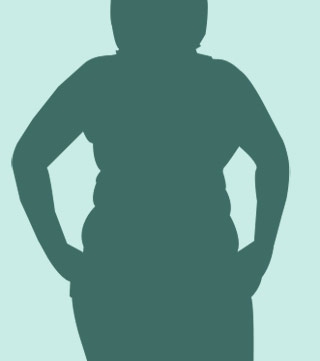 A notion we often believe is that women on the obese side have a rough time as far as sex is concerned. But this news could just make you put on your thinking cap. Researchers part of a new study suggests that overweight females are in fact having much more sex than their skinnier friends.

Sexual behaviour in women who tip off the weighing scale is certainly different compared to their normal weighted counterparts. Established on data from the 2002 National Survey of Family Growth that looked at sexual behaviour of more than 7,000 women, the study brings to light the fact that weight affects our sexual behaviour in an almost negligible way. So the belief that fat women are not even having enough sex is clearly misunderstood.

Lead author Dr Bliss Kaneshiro, an assistant professor at the School of Medicine at the University of Hawaii, revealed, “Our analysis demonstrated that obese and overweight women do not differ significantly in some of the objective measures of sexual behaviour compared to women of normal weight. This study indicates that all women deserve diligence in counselling on unintended pregnancy and STD prevention, regardless of body mass index. These results were unexpected and we don’t really know why this is the case.”

Oregon State University professor Marie Harvey, co-author of the study commented, “I was glad to see that the stereotype that you have to be slender to have sex is just that, a stereotype.”

For the study researchers tried to associate body mass index with sexual behaviour keeping in mind sexual orientation, age at first intercourse, number of partners, and frequency of intercourse of the women. According to researchers, even after taking into account the age, race and type of residence, overweight women had higher chances of indulging in sexual intercourse. Previous studies also showed that obese and overweight women were highly susceptible to unintentional pregnancies as against women with a normal weight.

On comparing obese and slim women, the study revealed that 92% in the former group showed a history of sexual intercourse with a man with the latter group had about 87% sexually active women.

Published in the September issue of Obstetrics & Gynaecology, the distinct study was honoured with a first prize at the American College of Obstetricians and Gynecologists’ annual meeting this year.