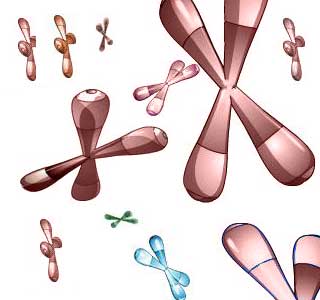 Researchers prove that keeping specific parts of chromosomes apart, can adversely change the genetic outcome. If chromosomes get too close to each other, then it could result in genetic disaster. Chromosomes are the structures that carry DNA around. They have discovered the molecular machine in fruit flies, which when desired, separates the chromosomes.

The machines or proteins, condensin II, separate the above mentioned chromosomes by twirling them into super-coils that kink up, which prevents it from touching each other. It is stated that scientists knew of this protein but they were not aware of its performed function in cells.

The team leader of this research was Giovanni Bosco. He is also the assistant professor of molecular and cellular biology in the University of Arizona, Tuscon. He is also a member of UA’s BIO5 Institute. He says in an email, “It’s like picking up your favorite book and, depending on what chair you chose to sit in, it turned into a different story – even though the printed words in the book never changed. This now changes the way we think about genetic information. Taking a literal reading of it is not what actually happens. Instead, context matters.”

The team is believed to have discovered that the protein, condensin II, keeps an eye on the fruit fly sperm cells, so that each of them are supplied with the right number of chromosomes.

Bosco presumes that this protein plays the same role in the development of human sperm and eggs. It is stated that, having either too many or too few chromosomes in sperm or egg cells, can result in a number of genetic disorders; or they can even cause miscarriages of early-term fetuses in human beings.

By learning the process of how cells control chromosomes and also the way DNA is transcribed will aid in better understanding of how a DNA affects the organism’s final form.

Bosco says that these findings are beneficial mainly due to the availability of various genetic tests to sequence people’s DNA. However, the DNA sequence alone does not completely determine what diseases the person will have. He says that, it may not be visible even if it is in the genes. He further says that, the work of the cells with the genes is what matters.

The research was funded by The National Institutes of Health and the National Science Foundation.

This research will be published in two papers; firstly, “Chromosome Alignment and Transvection are Antagonized by Condensin II,” by Tom A. Hartl and Helen F. Smith, UA doctoral students, and Bosco. They are published in the Science journal issue. Secondly, Hartl, Sarah J. Sweeney and Peter J. Knepler, both at the UA, and Bosco’s “Condensin II Resolves Chromosomal Associations to Enable Anaphase I Segregation in Drosophila Male Meiosis,” are published in the PLos Genetics issue. Sweeney and Knepler were UA undergraduates when they conducted this research.