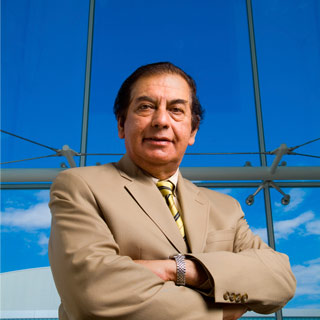 LPS is identified in the outer membrane of various gram-negative bacteria and is seemingly known to enhance the ability of the bacteria to cause hemorrhage, necrosis of the kidneys and shock mainly among immune-compromised patients. Experts from the University at Buffalo revealed that treating intensive care patients who apparently develop life threatening bacterial infections or septicemia with insulin may lower their chances of getting infected.

Experts observed that insulin lowered the amount of inflammation and oxidative stress among individuals who may be injected with a common bacteria or endotoxin which is known as LPS. Experts enlisted 19 healthy patients who were injected post an overnight fast with a dose of the endotoxin depending on their weight. They observed that 10 patients were infused with insulin and nine received saline to imitate the insulin infusion.

“This study lays the foundation for further studies based on insulin infusion and the normalization of blood glucose concentrations in patients with endotoxemia and septicemia. Our endocrinology group demonstrated previously that insulin also has anti-inflammatory and cardioprotective effects in patients who had a heart attack, and we currently are conducting a study on the potential beneficial effects of insulin on acute stroke,” remarked Paresh Dandona, MD, PhD, UB distinguished professor of medicine and senior author.

“Clearly, insulin may emerge with roles beyond those conceived when it was discovered in 1921 as a metabolic hormone, and has since been used for the treatment of diabetes to lower and control blood glucose concentrations,” Dandona quoted.

The findings highlighted that the endotoxin increased body temperature by around three degrees from 98 to a peak of 101.3 at the four-hour mark. Besides, it also caused body aches and headaches which augmented between one and two hours. It also underlines that insulin lowered the body aches score but had no effect on temperature.

It was also identified that the endotoxin induced a quick rise in various destructive and inflammatory factors, including reactive oxygen species and products of nitric oxide and fat metabolism. The insulin infusion apparently led to total removal of various pro-inflammatory factors. It also caused a vital decrease in generation of reactive oxygen species and the products of fat metabolism. Scientists share that this study may reveal the expectations arising out of the researchers’ initial discovery of the anti-inflammatory effect of insulin.

This article is currently published online ahead of print in Diabetes Care.