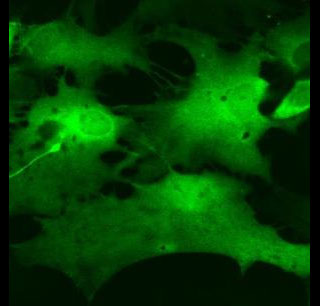 The star shaped brain cells known as astrocytes are believed to act just like ‘glue’ between neurons and seem to be beneficial. A recent research initiated by scientists at UCL and the University of Bristol reveals that astrocytes have an important role in the regulation of breathing. This finding may unravel the causes of disorders related to respiratory failure like Sudden Infant Death Syndrome.

The brain astrocytes are possibly capable of sensing levels of carbon dioxide in the blood. The brain neuronal respiratory networks may be activated by these astrocytes to heighten the activity of breathing in accordance with the usual metabolism and activity. Astrocytes are claimed to be a subtype of the glia group of brain cells, which are believed to be in ample quantities in the human brain. The glia group of brain cells appears to outnumber neurons by a factor of ten to one.

“This research identifies brain astrocytes as previously unrecognized crucial elements of the brain circuits controlling fundamental bodily functions vital for life, such as breathing, and indicates that they are indeed the real stars of the brain. This basic science information has to be used rapidly in order to determine whether glial dysfunction contributes to serious disorders of central control of breathing underlying Sudden Infant Death Syndrome and/or congenital central hypoventilation syndrome (Ondine’s curse). If this hypothesis is correct astrocytes may be considered as potential targets for therapy in preventing respiratory failure,” explainedDr Alexander Gourine, a Wellcome Trust Senior Research Fellow in the UCL Department of Neuroscience, Physiology and Pharmacology, who led the research.

It is affirmed that by sensing elevation in arterial levels of carbon dioxide, astrocytes can ‘taste’ the composition of arterial blood entering the brain. A chemical messenger termed as ATP may be released during the activation. The dispensation possibly stimulates the brain respiratory centers to elevate breathing so that extra carbon dioxide is eliminated from the blood and exhaled.

With constant modifications in the metabolic and behavioral needs, our breathing is subconsciously adjusted continuously. Astrocytes appear to play the most crucial role in subconsciously regulating the reflex and rectifying our breathing. During the research, the investigators employed rats and gene transfer techniques to scrutinize and regulate the activity of astrocytes in living brains utilyzing light.

The research is published in Science Express.