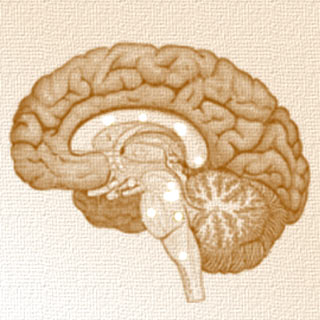 Depression is believed to be frequent after a stroke, and could interfere with a stroke patient’s treatment. Stroke is believed to be one of the most dreaded health conditions as it takes away the normal life and functioning of the person undergoing it.

However, when a short psychological interference appears to have been added to the standard treatment for their depression, stroke patients were believed to have felt better, quick remission in contrast to those who were only on standard treatment. At least that’s what experts from the University of Washington claim.

Supposedly, stroke patients in the study were in the age-group of 25 to 90 years. All the patients were noted to have ischemic strokes, which were known to have resulted from inadequate blood flow in the brain.

“The standard treatment for depression after a stroke is antidepressant drug therapy and follow-up to see how the patient is doing. Antidepressants help with mood and sleep problems, but unless patients learn new ways to think and take action to make their lives better, they may remain low,” statedLead author of the study, Dr. Pamela Mitchell, professor of biobehavioral nursing and health systems at the University of Washington (UW) School of Nursing.

The intervention was observed to have been taken during nine sessions. Thus, during the intervention, patients seemed to have discovered what they could do in order to recognize and elevate their mood and also, how to overcome challenges. Dr. Linda Teri, UW professor of biobehavioral nursing and health systems along with her colleagues in the UW School of Nursing created a program for people undergoing depression in the early stages of Alzheimer’s disease. Apparently, the interventions were customized for stroke patients from Dr Linda’s program.

After having studied about post-stroke depression, experts seemed to have realized that it is not a moral failing. It was seen that patients practice ways in order to manage depression. They seem to have begun by thinking of activities which they would enjoy doing instead of waiting to feel up to it. Thus they were noted to have scheduled a few of these enjoyable activities.

Subsequently, the patients appear to have found out if they could still do the activity, or what alterations may perhaps make it possible another time. Mitchell stated that for instance, a person who enjoys going for walks but who is at present feeling unstable to walk on uneven paths. Then the person may perhaps decide to walk in malls or zoos in order to have level surfaces for walking and benches for resting.

After the patients have got some enjoyment into their lives, they could then learn how to deal with depressive symptoms, observe what triggers them, rebuild situations and change negative thinking and behaviors. In addition, they could solve problems, develop plans, and take action. For example, a stroke patient who seems to get frustrated by getting dressed may perhaps take clothing and shoes which are easier to be worn.

Experts discovered that depressed stroke patients who received the nine-session psychosocial and behavioral intervention seemed to have a significant lessening of their depression symptoms, almost on the verge of reduction, and was able to sustain their level of remission when checked after a period of a year or two years. Evidently, post-stroke depression patients who received only standard depression treatment seemed to have improved too, however the improvement was slow.

Mitchell further elucidated that, “The patients in the intervention group were more likely to get out and do what’s important in their lives and to join in social and family functions. Our goal is to move the interventions we’ve found to be effective in university research settings into the real-world context of everyday health-care practice in the community.”

Mitchell claimed that the next step for her team is to test whether telephone consultations appear to be as effective as in-person meetings with patients. She seems to be considering the likelihood of a self-help manual or consultations by means of video-phone. If they appear to function, it would help the patients save money in contrast to home visits.

The findings of the study will be published in a scientific journal of the American Heart Association called as Stroke.