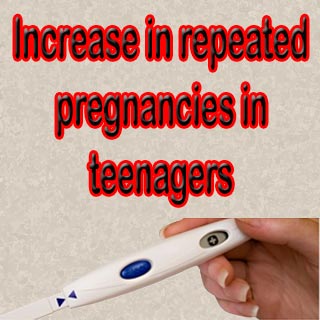 The increasing rate of repeated teenage pregnancy has become a major cause of concern globally. An expert from The University of Nottingham, U.K., highlights the importance of coming up with novel techniques to better educate teenagers on contraceptive advice and other factors that may aid in reducing the rate of such pregnancies.

These researchers have evaluated the data accumulated from the U.K. and Wales, with the aim of determining and identifying any change in the repeat teenage pregnancy patterns. United Kingdom is believed to have the highest rate of teenage pregnancies in western Europe.

Professor of Health Services Research in the School of Nursing, Midwifery and Physiotherapy, Jacqueline Collier, says that, “Current routine contraceptive advice and services are failing to prevent repeat pregnancies to increasing numbers of young women and it may be necessary to develop targeted services to support and guide teenagers after a first abortion. These services would complement the introduction of the United Kingdom’s Family Nurse Partnership scheme, which is currently being implemented to support and guide vulnerable first-time young mothers.”

Since most of the teenage mothers have given birth outside wedlock, the researchers had to face complications in accurately gauging the number of teenage births subsequent to their first child birth. Thus the researchers had to make use of data regarding the earlier births and abortions accumulated from the teenagers presenting for an abortion. This technique of teenage pregnancy gauging is a commonly used technique, in order to determine the probability of an increase in the number of repeated teenage pregnancies in the U.K.

Their findings have been published in the international journal, Contraception.