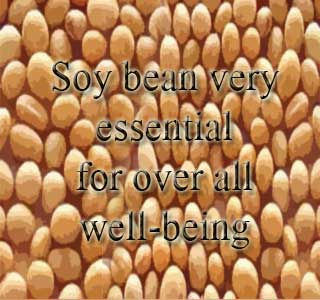 Colorectal cancer is also known as colon or rectum cancer. The National Cancer Institute has estimated that more than about 71,000 women in the U.S. were diagnosed with this cancer last year. Colorectal cancer is said to be the fourth most commonly affected cancer.

Researchers of the Vanderbilt University School of Medicine state that an average daily consumption of about 10 grams of soy protein could lower post-menopausal women’s chances of developing colorectal cancer by about one-third, as compared to lesser soy consuming women. This amount of soy is said to be equivalent to about half cup of edamame, half cup of tofu or a quarter cup roasted soy nuts among others.

The soy intakes of more than 68,000 women were evaluated for this study. All these women were aged 40 to 70 years, and none of them were suffering from cancer or diabetes before the study’s initial screening. The participants were kept an eye on for about an average of 6.4 years. After the completion of this period of time, about 321 colorectal cases of cancer were noticed in these subjects. The researchers, after taking in to consideration various factors, came to the conclusion that soy consumption was somehow linked to the chances of colorectal cancer development in postmenopausal women.

Lisa Kelly, RD, MPH, for the United Soybean Board, says that, “Research this comprehensive demonstrates how important it is for baby boomer and older women to add soy into their daily diet. Furthermore, the study’s recommended serving is a simple and affordable nutritional step towards everyday wellness.”

There are concrete proofs to support the claim that soy has a crucial role to play in maintaining a healthy diet. It is a rich source of high-quality protein, has relatively less saturated fat content, and it does not contain any trans fat. It is also said to be capable of lowering an individual’s cholesterol level. As far as post-menopausal women are concerned, soy proteins contain phytoestrogens, which may aid in cutting down the amount of hot flash incidents in half.

Their findings are published in the American Journal of Clinical Nutrition.